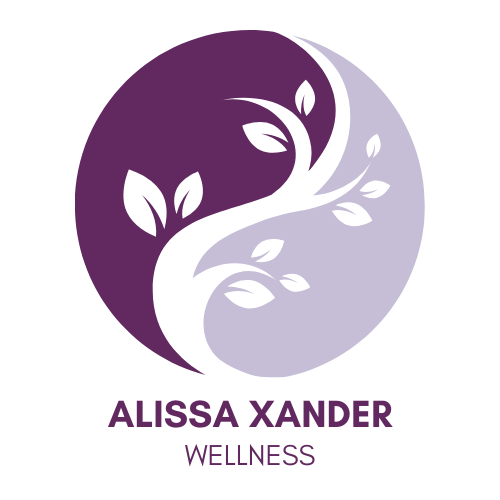 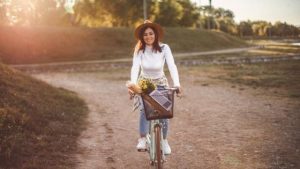 What do you want your life to look like a year from now? How do you want to look and feel?

One of the primary keys to achieving any success, whether losing weight, running a marathon, or getting a promotion, is your mindset.

A lot of people use affirmations, and I’m a big fan of using them. But another key is to create an image in your mind of you achieving that goal.

Now, when it comes to yourself, you also hold a picture in your mind’s eye. So what image do you see when you think of yourself?

And if I ask you to imagine the person you want to be next year, what do you see? And what about the person you were a year ago? What did they look like? What kind of activities did they do?

You might say that you’re doing precisely the same things that you were a year ago, eating the same foods, moving your body in the same ways.

Please remember that you’re always doing one of two things: moving forward and growing or moving backward and regressing. So even if you’re doing the same activities that you did a year ago, you’re not staying the same, but you’re actually going backward. So that might be why you’re noticing the number on the scale creeping up a little bit. That could be why you’re feeling a little less energetic, or you feel uncomfortable with the way your clothing fits.

So you have to keep moving forward to grow and evolve.

And, again, it’s essential to keep the image of the future you. What do you see? Are you thinner, fitter, or healthier? How do you feel in your vision? Do you feel more energetic when you wake up? Or are you looking for the snooze alarm? And what emotions do you feel when you imagine being that new version of yourself?

If the future you is 10 pounds, maybe 30 pounds thinner, start to notice what that feels like when you hold that image in your attention. Notice what it feels like in your body–and your emotions. And, then, begin to realize that the future-you is going to have different habits. They’re going to do something other than what you’re doing now because they have to do something different to get those new results.

For instance, when I decided to become a runner, it was a conscious choice. Even though I had been into fitness and working out most of my life, I didn’t consider myself an athlete, and I thought running was boring.

Then around the time that I turned 40, I decided I wanted to do a sprint triathlon, which entailed swimming a half-mile, cycling for 15 miles, and then running a 5k (3.1 miles). That meant that I had to start seeing myself as an athlete, which was a significant change for me.

And suddenly, I was training in three separate sports for one event. I loved the challenge so much that I competed in multiple triathlons.

People started asking me which was my best sport of the three. Well, I loved swimming for fun, but open water swimming can be a full-contact sport. People swam over me, and I got punched and kicked. Bike riding is fun, but I had to ride in traffic to get the mileage in, which could be stressful. So, not surprisingly, running was making its way to the top of my list.

I decided I wanted to concentrate more on running as a sport. I started to live “as if” I were a runner. I began buying mugs that had runners on them. I purchased running clothes and running magazines. I was surrounding myself with the things and activities that I thought a runner would do. I also started increasing my distance, and I ran a few half marathons. I had decent finishing times, and a friend thought that I could qualify for the Boston Marathon.

I still remember sitting at my computer as I signed up for my first marathon. There was a moment of panic after I hit the “submit” button. I knew that I had to do the training to get me to the starting line–and hopefully the finish line.

My first marathon was a lot of work, but I was hooked when I got to the finish line. I didn’t qualify for Boston in my first attempt, but I did in my second one. I know for sure that it absolutely wouldn’t have happened without having the vision.

And the other essential ingredient was getting up every day and doing the work, taking action. As important as it is to have a vision or say affirmations, you must take action to achieve your goal. I’m a huge believer in the law of attraction, but you can’t just magically make your dream come true. It takes work, dedication, and trust in the process. You have to take one step after another.

So, dream and create your vision. Live as if you are already that future you. Then, do the work, even when you think it’s not making a difference–it all adds up. And slowly but surely, you’ll be on your path to where you want to be a year from now.

PS Whenever you’re ready… here are 3 ways I can help you make the shift from settling for the results you’re currently getting to really thriving in life.